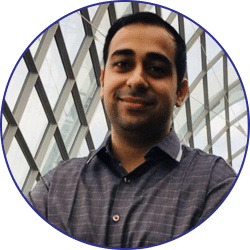 Topic of Talk: How you too can find the needle in a Haystack

About the Talk:
How Expedia implemented tracing resolving their needs for diagnostics which ended up being it’s very first open source product and how to benefit from it”. Expedia runs hundreds of microservices, but what happens when one or more services fail at the same time? To improve the observability and quality of service, we realize a need to connect these failure points across the distributed topology to reduce mean time to know and resolve. I will present a quick journey of distributed tracing that started with Zipkin and ended in building our own solution in open source. We designed the system using Kafka (KStreams), Cassandra, ElasticSearch and MetricTank with the key focus on extensibility and OpenTracing principles. We will brush upon distributed tracing, trending, and statistical alerting components and how containerizing them on Kubernetes helps us ingest terabytes of data per day!

About the Speaker:
Keshav Peswani has been working as a software engineer at Expedia focusing on technology and innovation on various platform initiatives. He is a core contributor of the open source project Haystack from Expedia for distributed tracing, a software which facilitates detection and remediation of problems in service-oriented architecture. Keshav is also involved in building a neural network based anomaly detection model as part of Expedia’s adaptive alerting system, another open source project. Keshav started his career at D.E. Shaw & Co. and through his journey has worked on several projects based on monolithic systems, distributed systems, big data processing, deep learning, microservice based execution islands and end-to-end deployment frameworks using kubernetes and docker swarm. Keshav is a fast learner and passionate about event-driven architecture and deep learning.