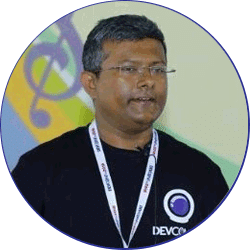 About the Speaker:
Amar Prusty works as a Cloud-Data Center Consultant Architect with DXC Technology with more than 17 Years of experience in IT Infrastructure and Cloud Consulting, Architecture, Design, Implementation and Support with Global Fortune 500 clients having worked with Aricent (Hughes),Infosys and Hewlett Packard Enterprise in the past for various Industry verticals and developed Thought Leadership in Digital Transformation from a Complex Heterogenous Infrastructure perspective.